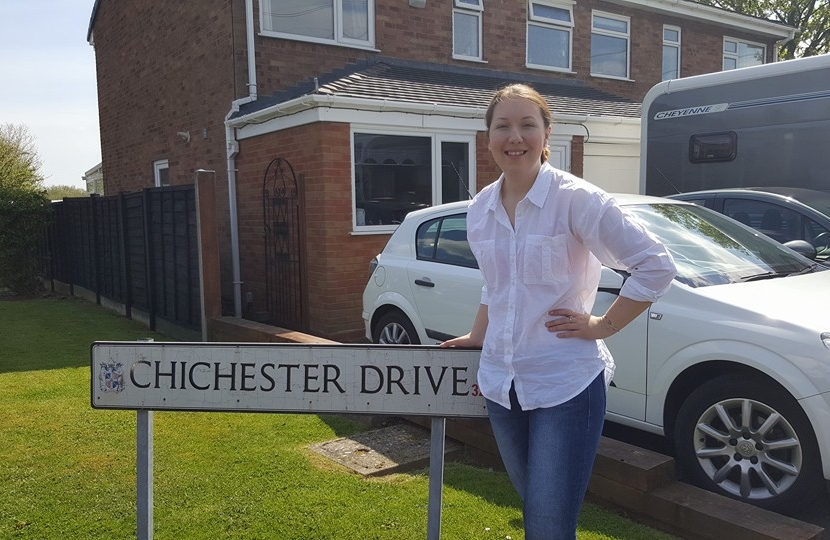 Georgina Chandler, who stood as the Conservative Candidate in last week's local election, has continued her fight for the residents of Quinton. After dusting herself off after a close election defeat she has been visiting a couple on Chichester Drive to discuss the possibility of getting a shuttle bus to run from Hagley Road West to roads surrounding Chichester Drive. Currently the nearest bus route is on Hagley Road West, a good ten minute walk from roads such as Clay Drive.

Georgina said: "With an ageing population, for residents to retain their independence, a bus route is vital."

Having spoken to many residents that live around Chichester Drive, they have often told Georgina that they feel secluded from the rest of Quinton and live on "the forgotten estate". There is clearly a desire for this part of the ward to be better connected to the rest of the area and, as always, Georgina will continue to champion for the people of Quinton.