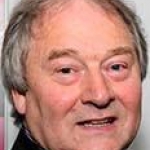 Lord Whiby is a working peer. He has a long history in local government, having served on both the Sandwell and Birmingham Councils. Between 2004-2010 he was the Leader of Birmingham City Council. He has served the ward of Harborne tirelessly over a many number of years, both in elected office and as an advocate of its residents. He was recognised for his life time's work when he was enobled in 2013.